skip to main | skip to sidebar

We strive to make the process of operating a computer as simple and accessible as possible, to help the user take the best they can out of their computer, to introduce new technologies to our users, to educate our users in order to make them feel comfortable with their system and hopefully expand on that knowledge they gain from our company.

Just finished a job at Schlemmer, first time having an employee under my wing!(my brother!) Its amazing how fast you can finish things with someone else! I wouldn't have been able to pull of the job the way we did if it wasn't for him!
Here are the pictures of the job, from the first clean up I did several months ago, to this last one we did! 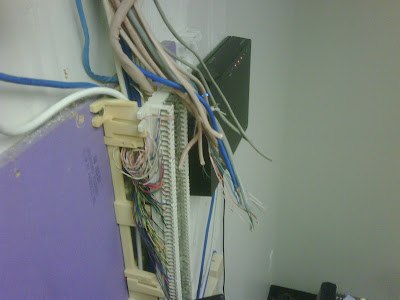 This was what i had to deal with, finding out which line was which, finally figured it out and well it looked like this! 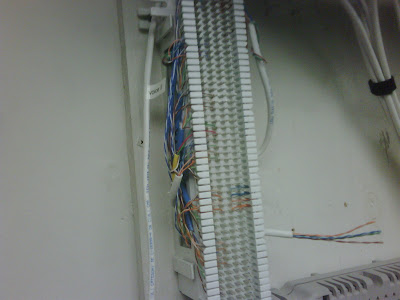 This was their phone block, a royal mess but I figured it out and well did the best i could and got it working without taking the whole thing apart! In the end this was the final result, both phones and network. 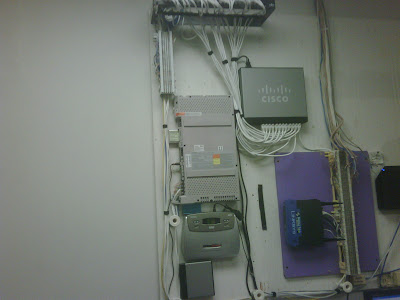 If you think that looks messy... you should have seen it before... no space for anything!

Then I got the opportunity to expand on their phone system and install a VPN. Luckily this time I had my most trusted employee! 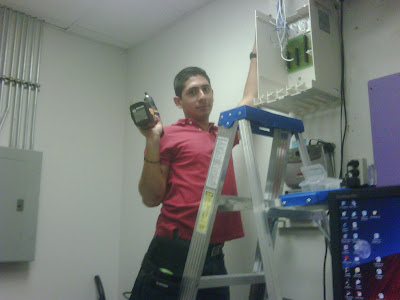 Yea, that guy! posing for the camera with my new drill and ladder! Hes my bro and looks like he is having some fun mounting things! 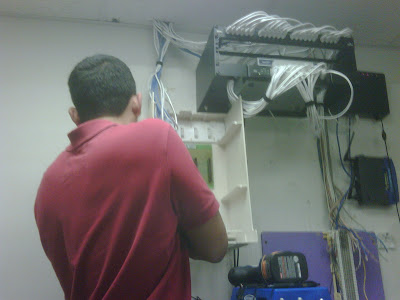 This is him mounting the expansion bays! He did the same for the network/VPN on top of it! I saved lots of time with him around! 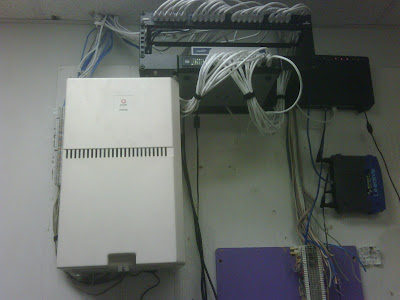 After a couple of hours of connecting and wiring this is what we ended up with, power cables are a little messy, but a long surge protector will clean that up! 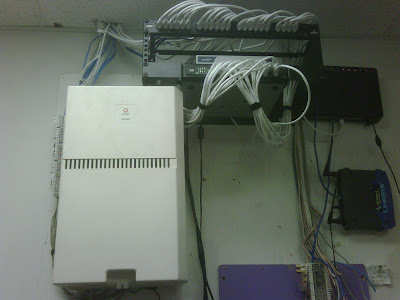 Better look at the whole system, my next objective take down that old bundle of cables that is next to worthless. 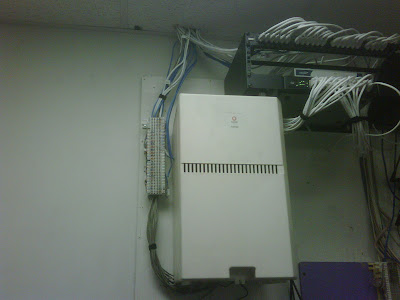 Here we have a view of the phone block next to the expansion port, alot cleaner, minus those two cables on the side that were cut right after this shot. 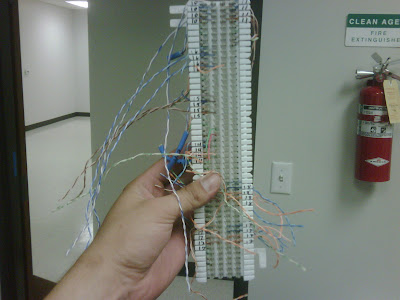 Well Cheers everyone!!!
Posted by Kluster at 04:23